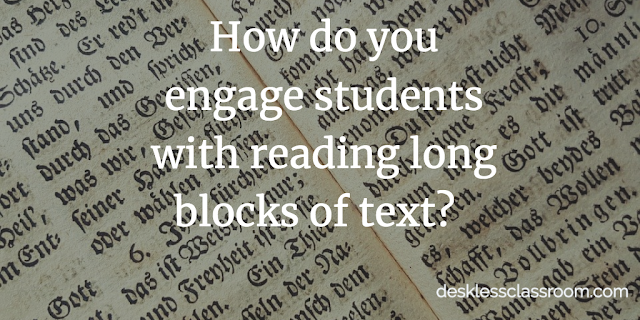 One question (and variation) that I see a lot from teachers has to do with "how do I keep kids engaged?"  It often goes with "how do you handle reading long blocks of texts?"

I decided to sit down with a video of myself reading a long block of text with one of my most challenging classes (which has improved a lot) and actually write out what I did.  I was asking myself:  What did I expect from kids?  What did I say to them?  What did I do?  What did they do (or not do)?

You can scroll down to a minute-by-minute guide and reflection of the video, but first, read this: 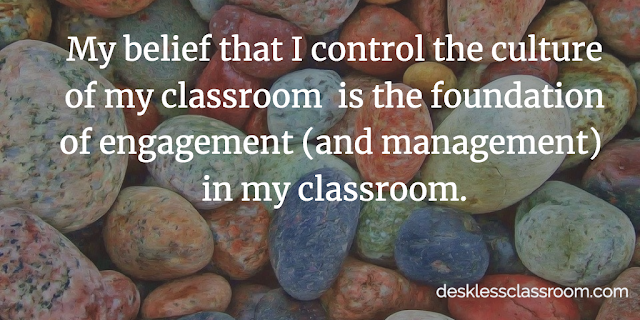 My "engagement strategies" are only about 10% of what I do to keep kids engaged.
Teaching my expectations, and practicing them is maybe 25%.
My belief (mindset) about student engagement in my class is at LEAST 65%. 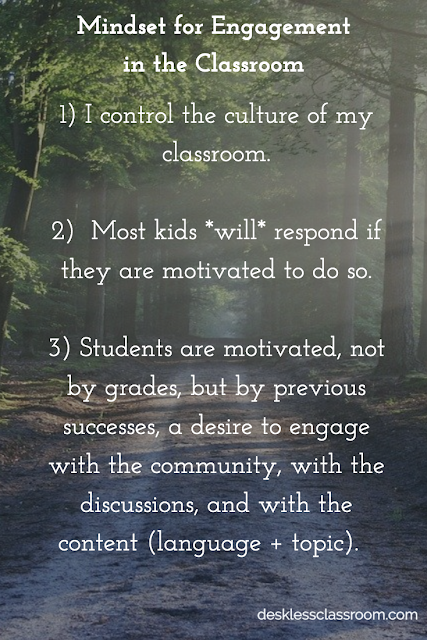 Mindset for engagement in the classroom:

What you can see is a classroom that is founded on those beliefs, and kids responding.

Here are some the strategies that you are going to see:

This is a whole class reading of a projected text, never before seen, of Lágrimas de Cocodrilo, from The Comprehensible Classroom **.

Scroll down to the minute-by-minute breakdown to see what exactly it is that I (and the students) are doing.

Click here if you have trouble playing the video.


Minute by Minute guide to what is happening: 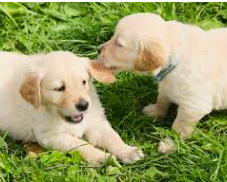 Available to watch at your leisure!