I want to talk a little bit about a whole class intervention that I have used when things in class are going off the rails. But first: 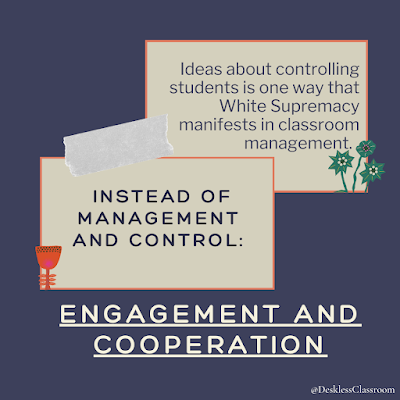 Who's responsibility is classroom engagement and cooperation*?

Now, I am not a fan of anyone telling teachers that classroom management challenges are their fault- by any means- and I also know that my own actions and beliefs can lead to power struggles and problems. They are also in my control.

This article by Angela Watson (Truth for Teachers) is a very good read about this topic: Is your "invisible throne" creating power struggles and unnecessary work?  I also went back and re-read this article (also by Angela Watson): How to respond to rude, disrespectful student attitudes.

Ideas about controlling students (coercing them, manipulating them) is one way that White Supremacy manifests in classroom management, and in my work to dismantle systems of oppression and find places where White Supremacy is guiding my actions, I choose to reframe how I think about kids and behavior.

*I prefer the term classroom engagement and cooperation over classroom management. It makes more sense to me. I don't want to manage students. I want to cooperate with them and engage with them. 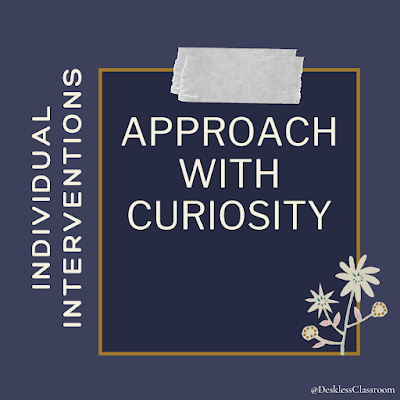 I get a lot of questions in workshops about individual kids and their behavior, and my response is always the same: approach with curiosity. Why is that kid doing that thing (usually blurting)? Do they know they are doing it? Is there a need not being met? Is there a relationship to develop? Depending on the answers, the interventions are going to be different. Kids are kids- and one strategy is not going to support every student. Also- consider: if it is just one or two kids that you are struggling with- how awesome is that?!? Celebrate that! Then approach those kids with curiosity.  In my Plan B post, I have a long list of possible individual and whole class interventions- take a look.

This intervention is one I learned from Jon Cowart (I think) and mad props to him for his amazing work on classroom management. This is my version of a hard reset.

However, please know- this is one intervention in a whole menu of interventions. And like many items on a menu, they are best when served with other items. I suggest adding a heaping serving of Plan A Minus or Plan B, if you're asking!

This whole class intervention came about because I could not successfully teach a lesson. Students were interrupting me and disengaged (how is that even possible? They managed it!) and talkative and off task. This was a situation where the majority of students were not cooperating nor were they engaged- not just one or two- so I needed to approach the class as a whole.  Mind you: I was a "long term" sub with a very firm end date. I was not their "real" teacher and that was made perfectly clear, and not just by the students. So there were some factors that were out of my control. 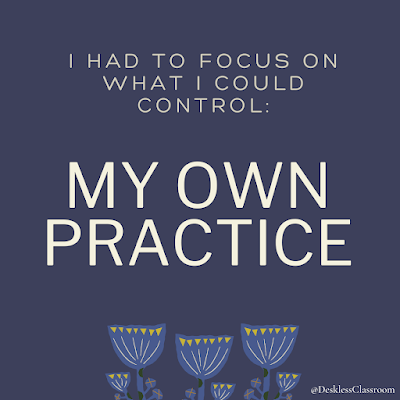 I had to focus on what I could control: my own practice.

I started with curiosity. 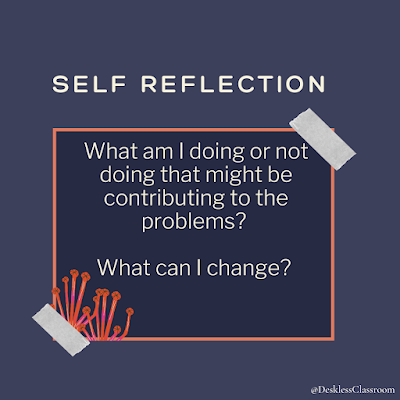 So my reflective, curious questions to myself were:

It became clear to me, upon reflection, that I had not taken enough time to set and practice expectations, and in fact, had not considered their input at all. Since I was a substitute  and had limited time with them, I made the decision at the beginning to use the classroom teacher's expectations.  With some classes that seemed to work fine. But with the 8th graders, it was not working.  Lots of things weren't working.

I also realized that in addition to expectations, students needed more structure- they were used to one thing, and they needed scaffolding to be able to do something different. Thus: the More Structured Input plan, aka Plan A minus.  I implemented both interventions more or less simultaneously, and although I didn't have a lot of time with students, it made the last few days with them more successful and more fun for everyone. 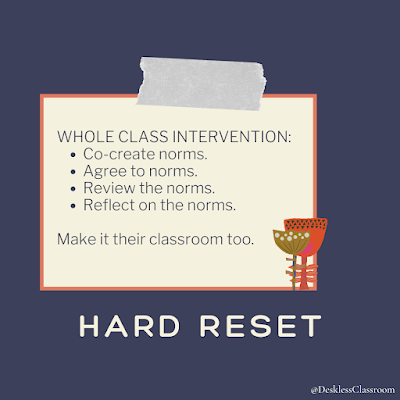 When students walked in, I had some kind of starter on the board, but instead of reviewing it, I sat on a stool in front of them and I said something like "I don't feel like class has been going well, and I think we need to come up with some norms and agreements so that I can do my job of teaching and you can do your job of learning. I have been very frustrated because I don't feel like I am doing a lot of teaching, and I get the sense that you all are frustrated too. So we are going to start over." I did this in our shared language (English).

I made a classic T-chart on the board with the titles Student and Teacher. I asked them what their job was. Some shouted out, but most were happy to raise their hand and offer their ideas. For each student job they came up with, I said "so what does that mean for me?" and added my job.

There was some negotiation, and some explaining on my part. Like when I had to say "the thing that I am most frustrated about is when you talk over me. I can't do my job when that happens. So how can we address that?"

I learned that one student thought I was really mean and unreasonable- I had no idea- because of a comment I'd made that they misunderstood. I also learned that, for the most part, they wanted to be there and learn Spanish, and were incredibly frustrated with their peers that were being mean.

This is important: Jon Cowart reminds us that expectations need to be OBSERVABLE. "Respect" is not an observable behavior.   "One person speaks at a time" is observable. 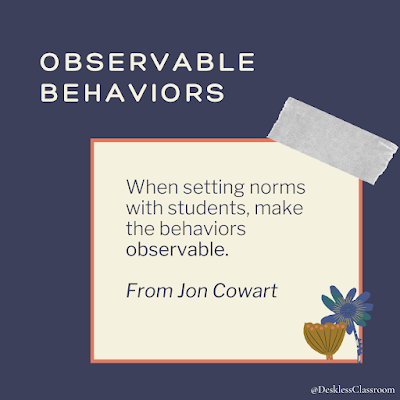 I had to work with them (not entirely successfully as you will see) to keep behaviors observable.

This is what we came up with in one class:

This took most of the class time. We even did a brain break game in the middle.  Or maybe more than one!

I let the students know that we would be signing a document with these new norms in the next couple of days. (I wanted to live with them and see if there was anything missing or problematic before committing to them, honestly!)

The following day as a starter (bell-ringer),  students were shown the list and asked to pick 2 agreements to focus on. They had to use a sentence frame to write about why it was important. They did this in English, our shared language.

Before starting any language instruction, I went through the Norms in English and let them know that at the end of class, they would be reflecting on what they chose.

At the end of class, I had them use the same scrap of paper that they wrote on to reflect-I asked them to put one to five stars on each sentence, one star being "nope, I didn't really succeed at this" and five being "I succeeded at focusing on this agreement". I collected these reflections but I did not ask them for names. I was curious to see if their self-reflections matched my perception of how class went- and it turns out, it did...mostly.

The following day, we signed the agreements, one at a time, and put them on the board, and again, I started class by reading them.

And you know what? Between this hard reset and giving them more structure in class, I began to see improvement in both engagement and cooperation. It wasn't what I had hoped for- it wasn't the 8th grade class of March 2020, those dreamy kids who did everything I asked and then wanted more- it was the actual kids in front of me, being somewhat successful. More successful, at least.

I could see that there was an upward trajectory- progress was being made, and with patience and work, we could have a lot of fun and use a lot of language.

Unfortunately, all that happened the last week I was subbing, so I didn't get a chance to let it play out in the long run. That's ok. I think small successes add up to big ones, and being able to have some discussions and do some things in class, in the target language, is actually a pretty big success!

I hope that this look at a Hard Reset, paired with some other structured input plans, help you!